Today the world learned of the death of Hugh Hefner. Within hours, social media was blown up with articles both singing his praises and warning of the damage he has done.

One thing I have noticed is how many men idolize him, commenting that he couldn’t be in a better place now (because being in the playboy mansion with a bunch of playboy bunnies is their goal not heaven itself) and comments about wanting to be like him, or replacing him.

The idea these men are idolizing is having tons of beautiful women preform sexual acts on them, on their beck and call. Having a whole slew of attractive women at their demand.  But really… is this what you truly want?

True intimacy is a million times better than any one night stand.

Having someone preform sexual acts on you because they truly love you and desire to please you is a million times better than having sex with a person who truly doesn’t value you beyond your brief sexual encounter.

Having the safety net of a partner who values you for more than just your body is a beautiful thing.

Being encouraged because you have a vibrant mind, an educated opinion or a wonderful personality trait is more meaningful then being valued only because your body exhibits a certain sexual want or you are able to preform a certain sexual act on demand regardless of whether you want to or not.

Being in a relationship where you know your partner truly wants to have sex with you and feels safe and comfortable doing so rather than knowing they are faking it because of your status or the expectations you’ve placed on them is an amazing thing.

These types of things are the happenings that are now being idolized. One of Hefner’s former ‘girl friends’ went on the record to Macleans and told in detail what goes on behind closed doors.  She mentioned sex capades in which Hefner would take medicine needed to preform, cover himself in baby oil and expect his random girlfriends to satisfy him until he masturbated to porn to finalize things.  She mentioned some of the pressures and hypocrisy of the situations (things like being told they never had to do anything sexual but then also being told they wouldn’t get rewards without sexual performance.)  She mentioned things that show these women were not treated with respect, their own desires weren’t being met and worse yet they were getting infections from the baby oil and not using safe sex practices at all. Everything I read, I read with sadness for her and the lifestyle that today so many men are celebrating.

I imagined these young women feeling beautiful and on top of the world, knowing they have been chosen to live in the playboy mansion. I imagined them recognizing their only real value in their non monogamous relationship was their sexual capabilities. I imagined their parent’s sadness at seeing their daughters, full of value and worth, demoralized to just simply someone’s living sex toy.

This is not something to be jealous over. 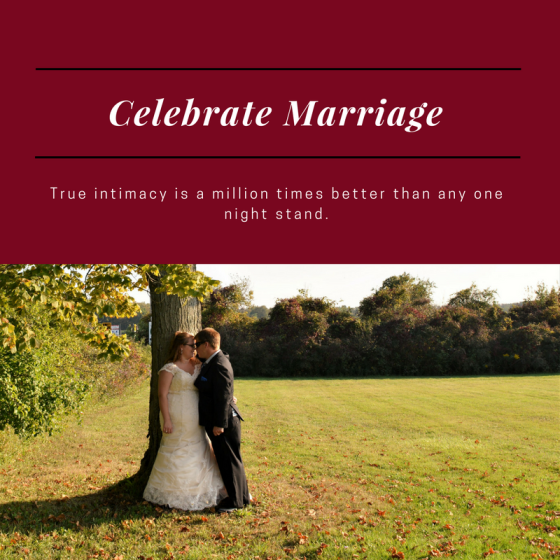 This past weekend I had the opportunity to photograph my younger cousin’s wedding (featured above), and of course that got me thinking about my own wonderful wedding over eight years ago now (the cover photo). When I set out for marriage, I remember the jokes and comments about being with only one person for the rest of my life. I remember feeling as though so many people were against marriage as we walked into our wedding and feeling sadness for them as I considered how excited I was to get married to my best friend, hoping for forever with him.

And then reality hits. Marriage is hard. It is a crazy turbulent journey, and we have made it through some pretty incredible scenarios.  Now, more than ever, we stand united in love and dedication to one an other. This is what people need to celebrate.

I see couples married much longer than we have been full of respect for one an other, acting like newlyweds still and this is what makes me jealous. Not a lavish lifestyle of forcing people to do what I want when I want.  When I see people with successful marriages, that have been married 10, 20, 30 years I want what they have – love, passion, safety, vulnerability.  If people learn to celebrate these things perhaps our divorce rates would lower and we would learn to encourage one an other in marriage rather than encouraging adultery, easy outs, and walking away over things that really are fixable. (And I am not saying all things are, but with a divorce rate of 50%, I’m sure many can be resolved if people are willing to work at it.)

We need to celebrate marriage! Celebrate our own marriages! Celebrate with our friends and family as they hit more and more anniversaries! We need to be sounding boards when our friends or family are upset in their own marriages, encouraging them to reflect and seek action steps on how to move forward, rather than taking the opportunity to complain about our spouse as well. We need to sometimes be the bigger person and put our spouse’s needs ahead of our own.

We need to put marriages on a pedestal! Instead of ball and chain jokes, we need to celebrate that someone found a person they deemed worthy of the deepest level of commitment there is. We need to congratulate people when they pass an other anniversary, for their dedication to their marriage and for making it yet an other year united.

If we want to change the world’s view of marriage, that begins at home. That starts with building our own marriages up, encouraging the success of marriages around us, and celebrating the joy of love. Not lust, but rather the love that comes from commitment, even when you don’t always feel good about your own marriage.

We need to shift our mindsets from those who are jealous of the lonely life Hefner must have lead without a significant attachment to any one person to watering the green grass of our own marriage instead.

I love being married. It has been incredibly hard at times, sometimes for very long times.  There was a while were I imagined us not surviving, and I remember thinking about how determined I was to succeed at marriage when I said my vows. I remember thinking how devastating it was that the vulnerability I had placed into marriage could be taken from me.  Thankfully, after a lot of elbow grease and dedication, my husband and I survived our deepest drought in marriage. And that’s a story for an other day, but today I want to encourage others to hold fast to their commitments, to celebrate love, to encourage others to find whatever needs to be done to make it work.

There is nothing better in this life than having a best friend for life. Having a husband who values me in every aspect of partnership, sexual included, but also for my emotional impact, for the things I do outside the bedroom, for the commitment that I have for him. These are the hopes I have for my children when they grow and find spouses.

There is such a deep intimacy between us having survived all that we have to this point in life, there is no other person I want more when I am happy or hurt. He is the source of much joy for me, and my comforter, my very best friend. I couldn’t imagine the loneliness of rotating through sexual partners, never completely having my needs met or meeting the needs of others, risking sexually transmitted diseases and never truly forming a life long bond with someone.

Marriage is a sacred and holy union.  Holy meaning, to be set apart. And that’s what should be done. We need to set apart marriage in our minds and raise it to the hierarchy it deserves. Studies prove how much children thrive with happily married parents, and life is way easier in a team. Marriage deserves to be encouraged and celebrated.

Be jealous of success in marriage and not sexual conquests.

Christ Follower, Wife, Mother of 4, Amateur Photographer, Lover of food, Traveller's heart. Student. Leslie writes at www.guardedheartsministries.com about several topics that cross her heart including marriage, parenting and discipleship aspects of life. You can also see some of her writing on Her View From Home. View more posts